The SECURE Act, a New Age for RMD’s, and What It Means for Your Retirement Planning 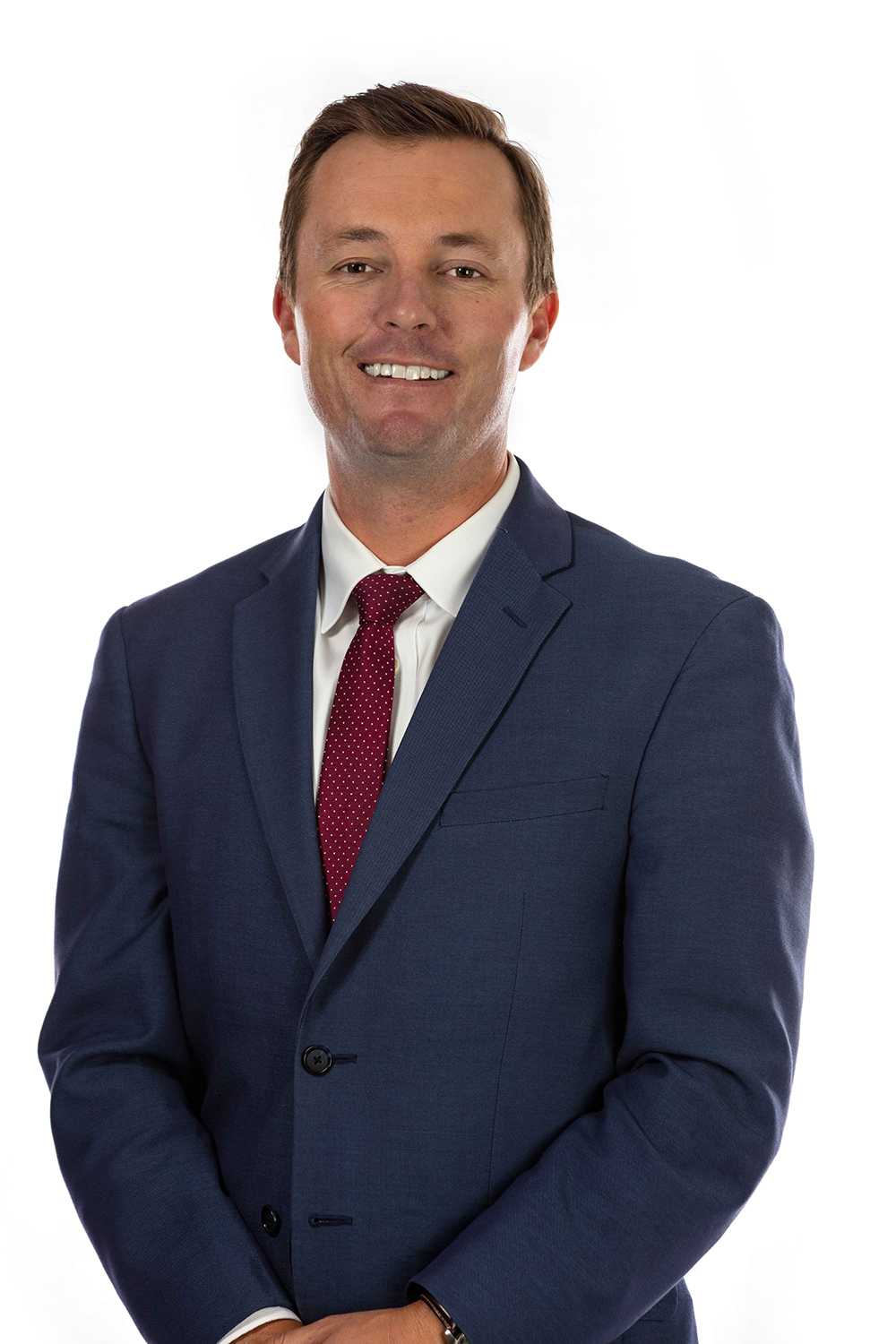 You may have heard about the legislation that was passed by Congress and signed into law by President Trump on December 20th, 2019, known as the SECURE Act. This law is intended to combat some of the issues facing current and future retirees.

One change made was that the required minimum distribution start age moved from age 70 ½ to age 72.  This presents a great opportunity! What is an RMD?

In our planning sessions with clients, our discussions almost always include required minimum distributions (RMDs). This is when the government dictates that you must begin withdrawing funds from your pre-tax retirement accounts. Why do they force you to take withdrawals? Because they want the tax money. Withdrawals from pre-tax retirement accounts count as ordinary income on your income tax return, so by forcing the withdrawals, tax revenues increase. Keep in mind that you have most likely never paid any tax on the contributions to these accounts, assuming they were pre-tax contributions. RMD age is (unfortunately) the time to pay Uncle Sam his share! Why does 1 ½ years make a difference?

Here is the issue: many people retire before age 72 (or the former RMD age of 70 ½). Hopefully, they have developed an income plan on how they are going to fund retirement. Some retirees will need to take withdrawals from their pre-tax retirement accounts to fund their lifestyle. Others may be living on other streams of income, like a pension benefit or social security, and have no need to withdraw their pre-tax retirement accounts. It is this second group who will run into the “RMD tax bomb.”

If a retiree does not need to take withdrawals from their pre-tax retirement account to sustain their desired lifestyle, the account will likely sit and continue accumulating until age 72. Then, at age 72 that retiree is forced to take their initial required distribution – even if they don’t need the money! If that pre-tax retirement account has been sitting for many years it could have become a large amount and therefore the initial RMD can force them into a higher tax bracket than normal, meaning they are forced to pay more tax on money they don’t even need to live on. The initial RMD is approximately 3.6% of the pre-tax balance for an individual. So, using a hypothetical example of a $1 million balance, the RMD would be $36,000! Imagine if you had been living in the 12% tax bracket at about $78,000 of taxable income per year (married filing joint) and now you had to add an additional $36,000 to that amount on your tax return, with the majority of that RMD being in the 22% bracket. You just got whacked with a tax bomb of almost $8,000 that you could have prevented…how? I will tell you below.

RMD planning is nothing new, but it is highlighted in this article because the change in RMD age to 72 actually gives you an opportunity to control your RMDs better than before. If you are in your early 60s and have no earned income, this strategy may work particularly well for you. A hypothetical example to explain the Secure Act and RMDs:

Dan is married and files taxes jointly. He and his wife are 62. They have taxable social security benefits of $50,000 and a pension of $15,000 per year. This total income of $65,000 is reduced by the standard deduction of $24,000 to leave a taxable income of $41,000. They are comfortable and able to live on this income. But, they also have an IRA with $500,000 in it. Luckily, they work with a savvy financial advisor who will help them with their RMD planning each year. Here is what they do:

Why would they do this if they don’t need the money? The answer is because it reduces the account balance in the pre-tax retirement account (the IRA in this case). The lower that pre-tax retirement account balance is come age 72, the lower their required distributions will be. By taking withdrawals, even when not needed, from age 60-72 Dan and his wife will flatten out their taxes and not have a large spike in income tax at age 72. In addition, the current tax brackets are some of the lowest rates in history, so it is a good time to remove pre-tax dollars and pay the taxes now.

Notice that they are not spending the additional withdrawal, but simply removing it from the IRA, paying taxes, and either saving it into an investment account or completing a Roth conversion. In both cases they are saving the net amount for future use if needed.

The SECURE act just gave everyone an additional couple of years to do this type of RMD tax planning! See below for a chart detailing what could have happened if Dan delayed distributions until age 70 ½ (using the old RMD chart for this example). You can see how much higher his required distributions would have been if he had waited to take the minimum withdrawals. He would have very likely been forced into a high tax bracket in his 80s. This is shown in the below chart “Age by Account Balance.” The light blue represents his account balance if he decided to delay withdrawals until RMD age. The red shows his account balance if he decided to take withdrawals early to intentionally lower his IRA balance.

The impact is seen in the chart “Age by Withdrawals.” You can see in the light blue, the RMDs were much higher in the later years due to delaying withdrawals. In the red, distributions are flatter since there was a proactive reduction in account balance in the IRA prior to RMD age. If he had delayed RMDs, he likely would have been forced into a higher tax bracket in his 80s! 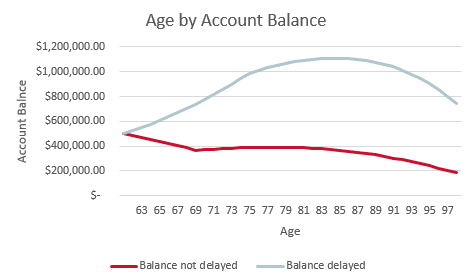 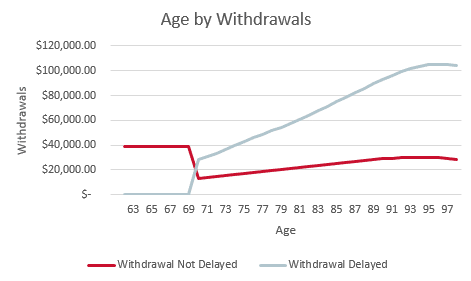 In addition, if Dan and his wife were to pass away in their 80s, they would leave a much higher pre-tax balance to their kids. Their kids would then be forced to inherit the pre-tax money and pay taxes at their income tax rate. Typical inheritance occurs from age 50-65, which are typically the highest income earning years. This means your kids could pay double or more tax on your IRA than you would while alive! Roth IRAs and investment accounts generally inherit tax free to the next generation. Bottom line, doing this RMD planning now with your wealth advisor not only helps level out your taxes while you are alive, but will keep more of your hard-earned money in the family at your passing.  It’s a win-win!

Ready to take advantage of the new law?  Contact your wealth advisor today for further guidance and planning. 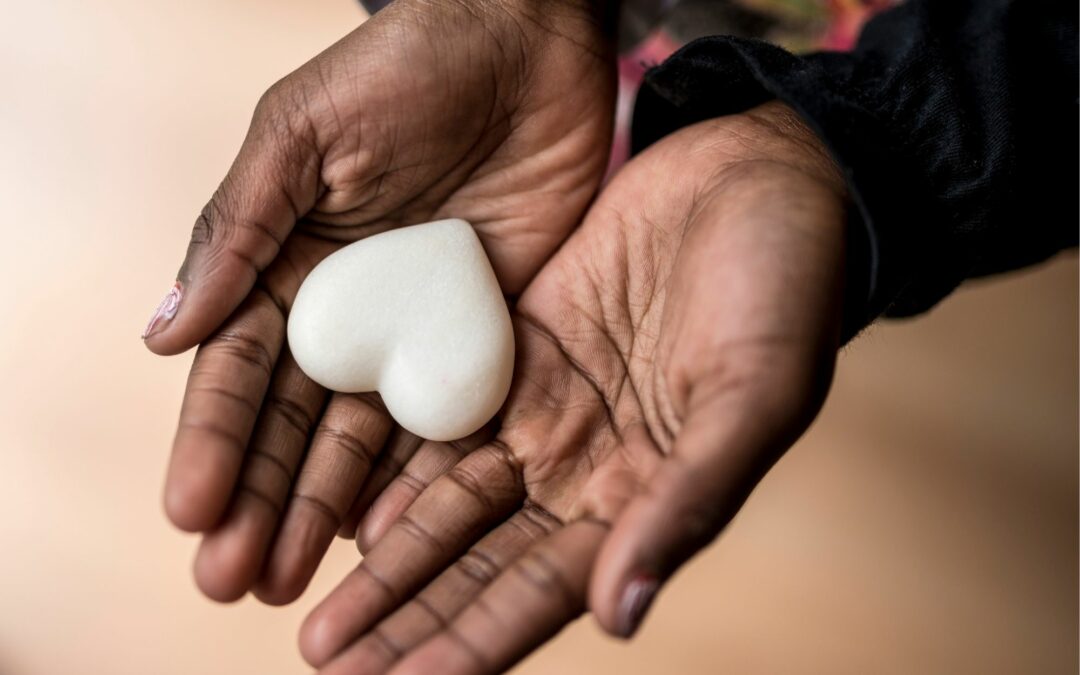 Considering Charitable Gifting for This Year’s Holiday Season? Here is What You Need to Know.

The holiday season is right around the corner! Donating to an organization can be a great way to spread cheer supporting a cause you believe in while also benefiting from a tax perspective. In this article, we will cover tax implications and strategies around five... 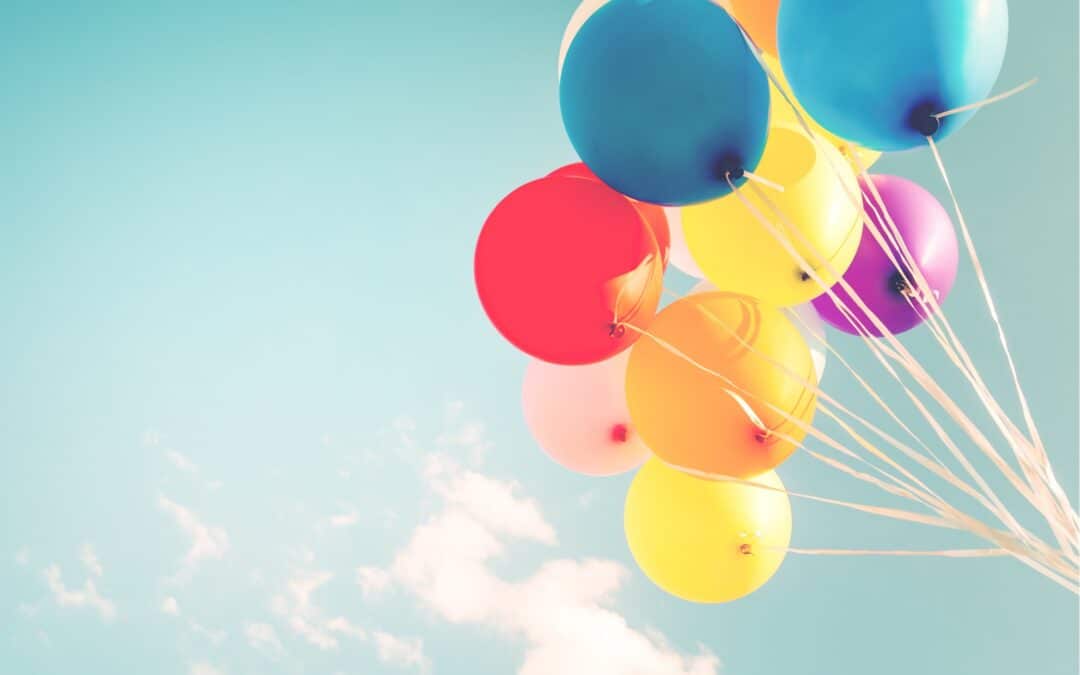 Our Take on Inflation: Where It’s Been, Where It’s Going, and How You Can Hedge Your Portfolio Against It

The COVID-19 pandemic was a completely unprecedented event that left our economy at a near-standstill in 2020, causing downward pressure on pricing in many different industries. Now, the economy is beginning to heat back up creating new demands for goods and services...

In today’s day and age, many large, publicly traded companies are offering equity as compensation. This means that the employees have the option to use different stock programs to generate compensation for themselves. This also helps tie employees to the greater cause...

Ready to Get Started?